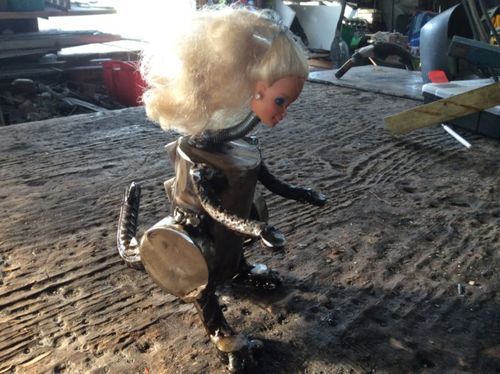 My grandson is into dinosaurs and my granddaughter is into … well girly stuff including barbies. I made a casual remark about Barbie being a dinosaur and it amused me considerably. When I next went to the opp shop I bought three sad Barbies and proceeded to dismember them. This is the second idea I had and I was happy with the result although many found it quite disturbing when I posted her on Instagram. They seemed to think my painkillers for my leg were too strong ! Some one else suggested a hangover from toy story and now I do think back there was something similar there. I think there are echoes of terminator in there too. Still, this is my version!