Birds In The Trees 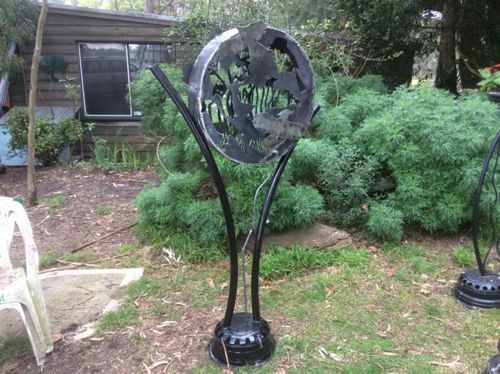 I bought some rolled circles from the metal supplier. One became lollypop, 2 became non-conformists and this is the third. I was going to do bird shapes with maybe a 3-d bird on top but as I looked at other images the idea of one side trees and one side birds developed. With another recent piece, Waterhole, I had layers of plasma cuttings and this time I have increased the layers and used the positive and negative forms. I do like the interplay of light and dark and the aspect that you need to look to see the forms .We also now are visited by a range of galahs and parrots and perhaps that also had an influence on the development of the idea.