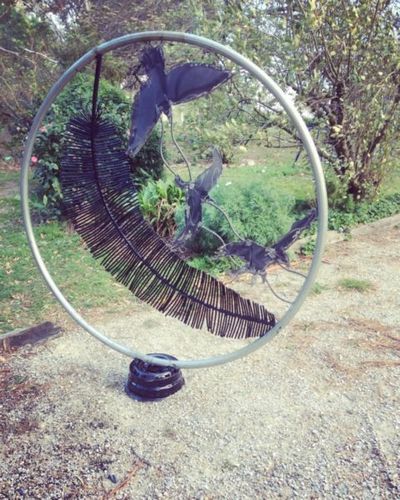 This piece was made for the Neerim Sth sculpture show called inspired by birds. I had the idea of a giant feather and as it progressed I decided it needed extra bird forms with it. The ring had sat against my tree for nearly a year so it was sitting at the back of my head suggesting I use it. I had done something slightly similar a couple of years ago where I used the ring form and a flock of birds flying through for the same show.The birds are from Corten steel so will turn a nice rusty brown and this will contrast nicely with the black feather and the silver ring.