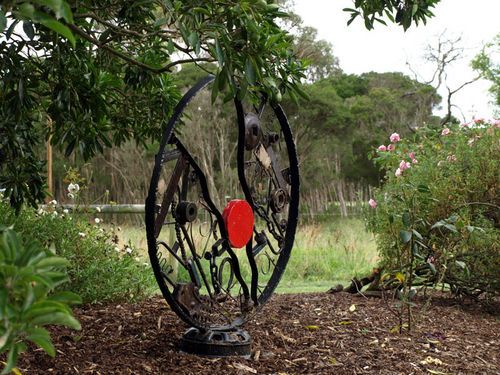 I did this piece for the sculpture in the Vinyards exhibition at Inverloch. I was given the circle piece as it was an off-cut from a large pipe. I liked the form and I had done a variety of circle based forms for previous shows. I liked the idea of a shape splitting the pieces in the circle so I made the space then added the red circle form. Considering the outer ring is much rougher than what I usually use .. and the piece is being shown in a winery � rough red immediately suggested itself..