The Origin of Ballet 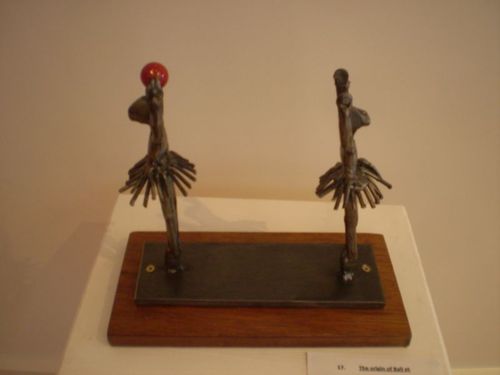 These two characters were from the large form of Grace which I cut down to more domestic scale. I added the ball and called it "the origin of Ball et"
I did a piece called�Grace� which contrasted the beauty of Ballet with netball but I cut it down because I felt it was too big for most houses. Two of the ballerinas were just standing there and then it occurred to me that they wanted to play a game. Add one ball and it is obvious where ballet came from! Well maybe not, but it certainly makes me smile.