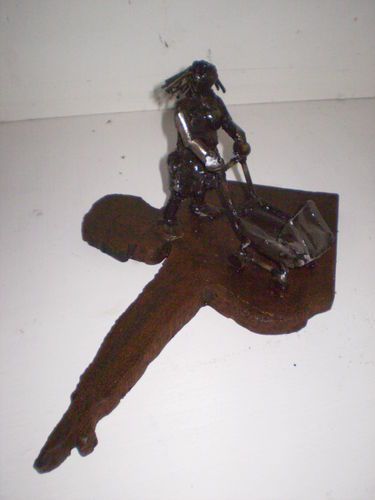 This piece was originally aimed at another exhibition called the �cult of personality� but I missed the due date.
I thought about those people who were well known personalities of the last century and I came up with Mao, Hitler and Marilyn.
I was fascinated by Hitler when I was young as I could not believe such views could exist and that a whole people could be swept into evil by the vision of one man. My sculpture uses the cut out shape of Hitler but the mother and child are rejecting that path and heading in a different direction.
The up aspect is the positive rejecting the negative!