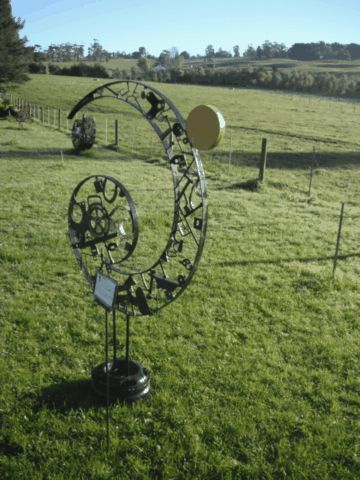 From the latin and greek, meaning a turning away
Used for the omission of one or more letters (as in the contraction of do not to don't)��.the marking of possessive case (as in the cat�s whiskers) and the marking as plural of written items that are not words established in English orthography (as in P's and Q's, the late 1950's).
. I like the form and it is an extension of the work I did from the inspiration of New Zealand. I added the Yellow disc to give an enlarged sense of movement and it has quite a spinning motion considering how simple the form is. I guess I have made my own turning away by spinning the apostrophe around!