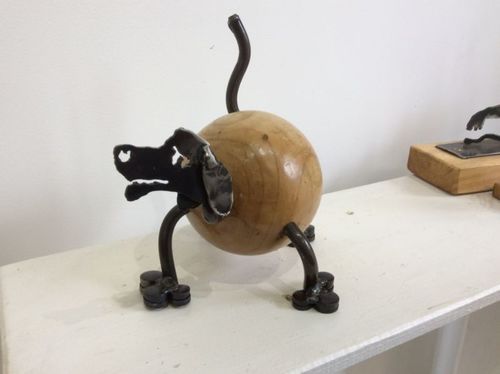 I have been revisiting woodturning a bit. I used to do this as my main interest and source of money but as I moved more into metal things I sort of left it behind. I saw an image of a ball shape with a tail and it sort of conjured up an idea of a dog with a turned body and metal paws and head. I had some English ash lying around so I did this little fellow. It could be the start of a whole breed of creature or it might be a one off. There are so many ideas to play with that some don’t get developed as far as they could. I was happy to do him though.