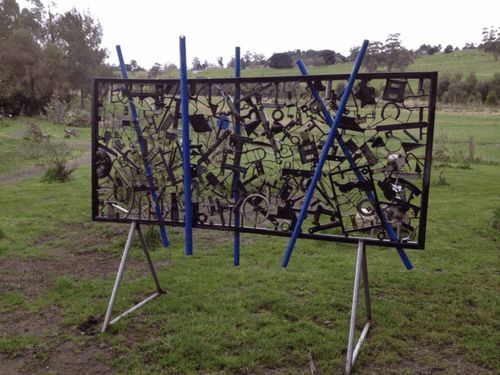 This piece also came from the available reclaimed material. I picked up an old swing set from my friends the Timbury Grants and it was a lot of Blue Poles. As one of my other friends( Kerrie Warren) was greatly influenced by Jackson Pollock and Australia had bought his giant �Blue Poles� for the National Gallery in Canberra, I though a homage to Kerrie/Pollock and the Timbury Grants would work well with a large Blue poles of my own� It was bigger than most of my other work and also heavier but overall the effect is fine!( I don�t think anyone will offer me the same price as the original but � I would consider it!!