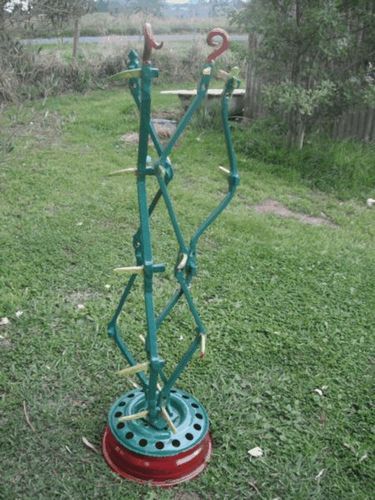 I have been working of late at filling orders and working into my pile. This piece came about from an old harrow that had been given to me a few years ago. Things often sit in my pile until they suggest something. I like as much as possible to keep some of the form of the original as a sort of tribute to the original craftsmen who made it. The Harrow had some wonderful blacksmithing and was obviously over 100 yrs old and I loved how the spikes were set into the supports, the curly tops and the form of the spikes themselves. As I had started a small series of whimsical plants the idea of leaving most of the form but developing a cactus plant from it suggested itself.