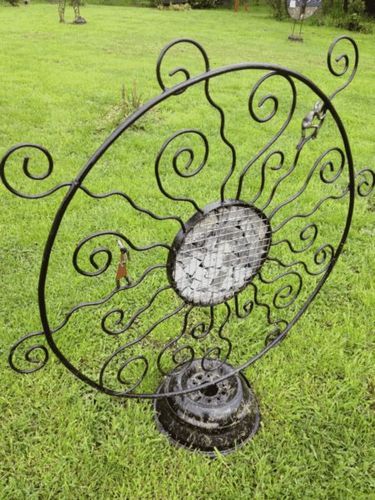 I found an idea in a book with pieces extending beyond the frame. In the original, they are just lines but bearing in mind a bit of safety I explored on paper what it would look like with curls�. It looked great!. I used these type of forms for some of my new Zealand exhibition pieces but this one is quite a change. I added the rock core( with the metal backing initially cause it looked good. As I thought about what a core is.. I decided that it is the core of values we all start out with.. some set in stone� and how we have a variety of paths we can take out into the society� some paths are outside normal society and we all have choices. Some paths require lots of work and some paths are easy� (I think of many of the bright kids I taught who took a vcal course because it was easy and their mates were doing it�).Anyway here is Core.