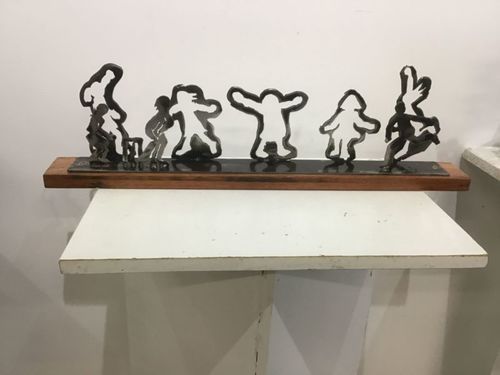 Having cut out the characters for Rosy ring I was left with some quite nice negative shapes. I was going to have them as a group but then thought that they would be a nice contrast to a positive scene in the foreground. Some of the poses suggested bowling and catching so I made the cricket players and the length of the pitch suited the line of negative backdrop… either fielders or audience. I don’t have any time for cricket myself but I did like the composition.