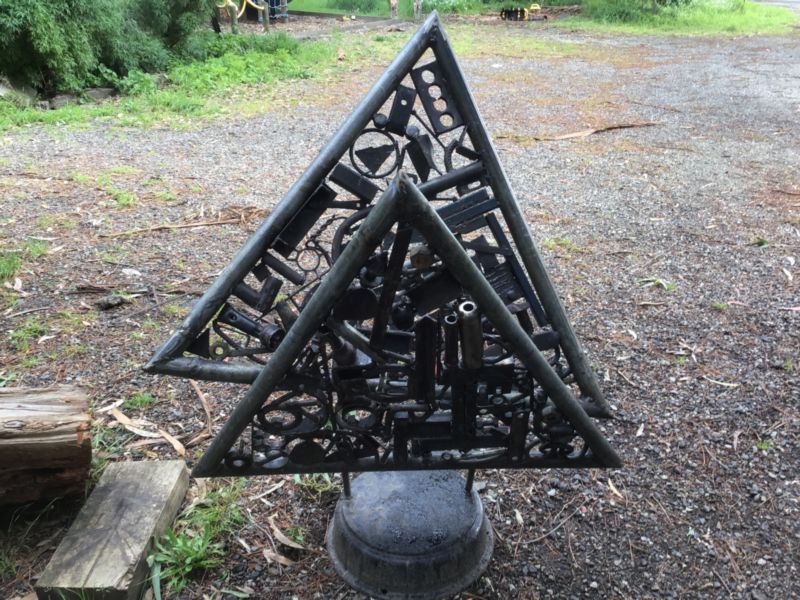 I have been reading" foundation" again to sort of line up with the new tv production of it. These two triangular forms were originally the stand for "blue poles"in its giant chaotic form. The idea of using them took hold and over the week I filled in both forms and combined them. They nearly made a star( or a weird sandwich) but I did like the lack of formality in their joining to balance the formal nature of the triangles. Hence my exploding star.