Hanging Over Our Heads 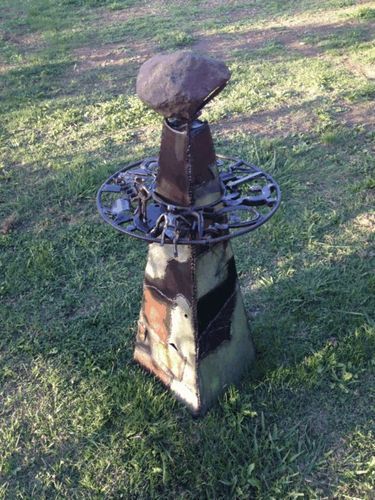 This is another reference to environmental disaster. I have positioned this rock above my characters and like global warming it is not being greatly responded to. On character is at least aware of it but the other is focussed on other concerns. It amazes me that we have people who do not “believe” in global warming and others who just ignore it hoping it will go away… My rock is “natural” but the world it is over is entirely constructed . The obelisk type form has echoes of memorials to the fallen…and my ring world is reflective of a non scientific belief prevalent in members of the govt. …. Still it also looks good…!