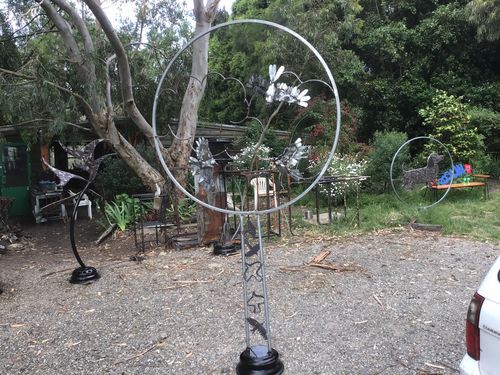 There was an idea for a bird on Instagram. It was made in fabric and had feathers loose from the wings. It suggested that I use some squashable tube ( trampoline frame) and also use the offcuts I collect when I make insect wings. The first one was sort of rectangular and the next two were sort of diamond shaped bodies but they ended up better than I expected. Initially I had them attached to clouds in a big ring but the rind seemed to have too much empty space and seemed to confine the darts and swirls of these playing birds. I cut the top part off and its much better now.