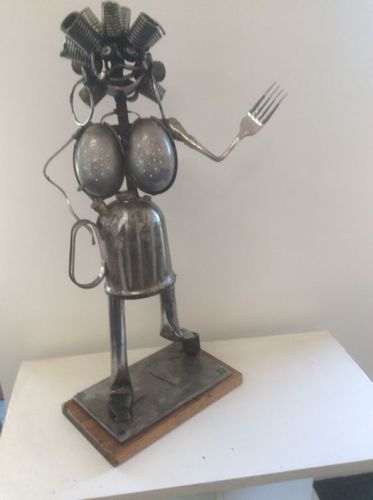 I periodically tidy up and sometimes I rediscover pieces of equipment or material that I had deemed as special. This was an old Oil can and I had kept it to do something interesting with it. I had just done another dancing girl and the spout suggested a John Travolta type pose so I started down that road. However as I added more to it, the solder that held the spout gave way and I had to redesign the piece using forks for arms. She is Olive as in Olive oil but she has plenty of personality of her own.