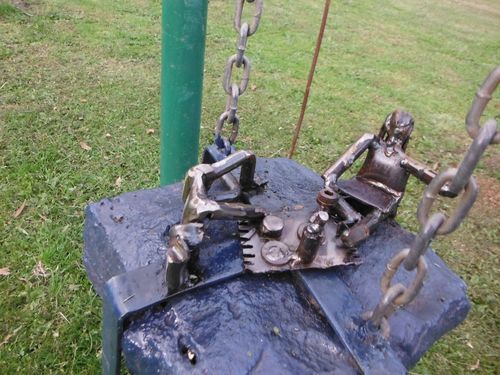 When we were youngish we lived in a place called Mortlake in the western District. This had lots of Bluestone( Basalt) architecture and I was always impressed with its solidity. I have been enjoying how words work for a while now. I love the fact that some words have a variety of meanings for the same pronunciation and I wanted to do a rock that would “rock”..so to speak. I saw this bluestone and thought how much fun it would be to have layers of “meaning”.. a rock that would rock.. and a bluestone that would be blue! Not all that clever I agree but quite fun in its own way.Then a friend saw it and said I should put some characters on it and I could have “picnic at Hanging Rock” and that seemed to be the best idea of all