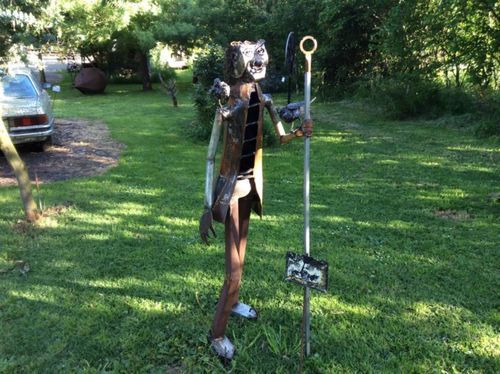 I started on this piece aiming to make a character, and probably a male character as I have made quite a few female ones in the past. It was initially to use up the old rusty square tube that made his legs. He then had a spring as a chest and was left as I worked on recycled landscape. Once I did his head the upper body came together and again he waited for a bit. I decided that he needed a coat and staff and he took shape as the pilgrim. The birds were the final addition and gives him a less forbidding air.Really just enjoying the creating and playing process.