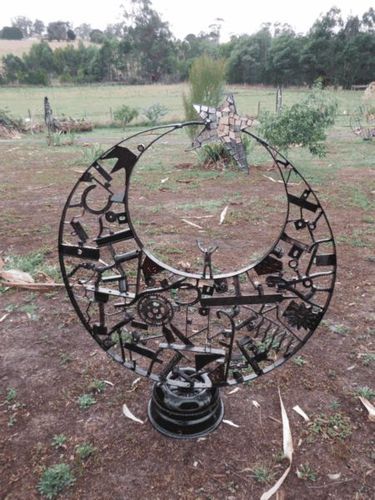 I had the idea of these two points reaching for a star, and I had a bit of choice as to where the star was going to be .. too far out and it starts to look like a flag of one of the Islamic nations. I ended up placing it where it is and using the mosaic mirror for the star which contrasts nicely to the rest of the �junk��.It sort of has echoes of the statement� lying in the gutter but looking at the stars� This was the first piece completed after we returned from Canada, but I had the idea before we left.This piece is currently on view at Gary Miles gallery.I modified it in 2013 by adding the figure.