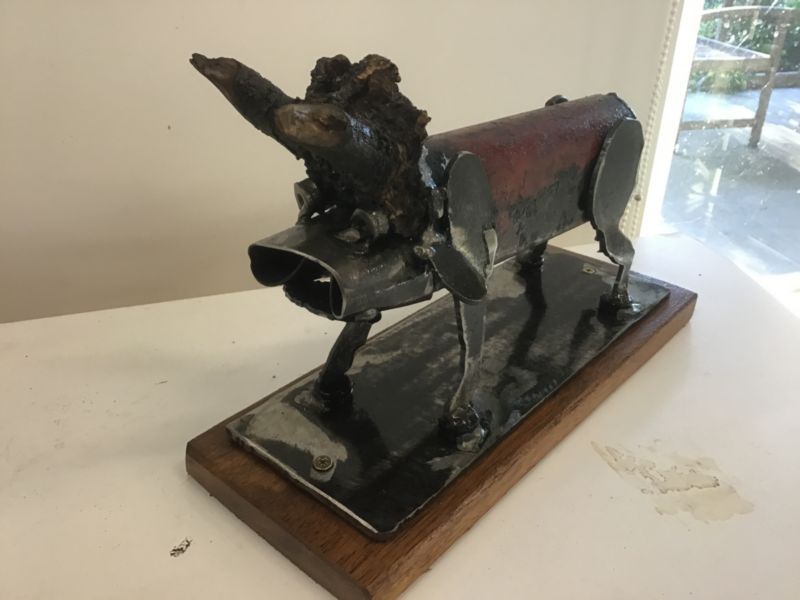 I took my grandson to Rokeby flora and fauna reserve, an old rail trail. I pointed out a series of wild cherry trees covered in this growth which is an insect making a home on the branches. There was one on the ground that had fallen off so I took it home and cut it in two. The first part suggested horns and hair so that was the inspiration for this piece. As I chose a bit for the body I didn’t initially notice it was red but as it progressed the title suggested itself.