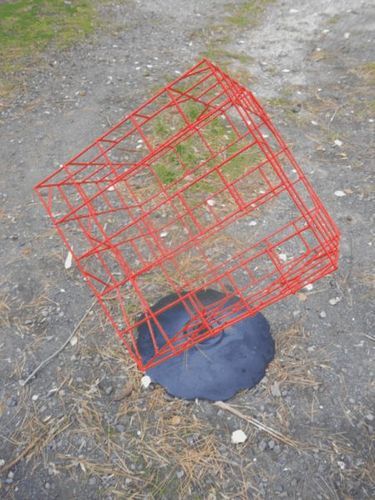 I love our language and aspects that are unexpected such as �Redder� being made up of Red and red backward.
I had the idea for doing a cube with the word red and I was looking at creating it from junk. However I had this mesh left over from a project and I wondered how clear the letters would be in this from. Well they aren�t!
I guess this is part of its fun as you initially just spin it and think oh isn�t it a nice red cube. It is only when you really look that the letters become apparent.
As to the spinning part, I had an old bike axle and because the cube is so light it is quite lovely the way it moves.