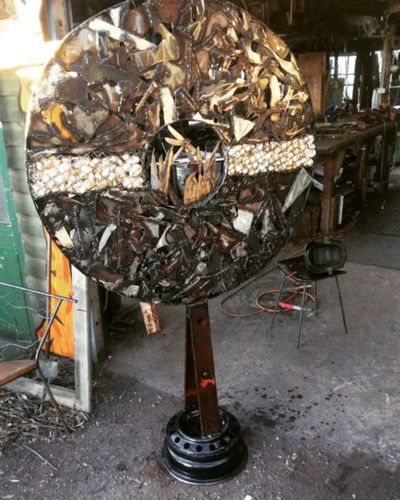 I had done a sketch of a split circle and I thought it was a good time to make it as I had lots of plasma cutting offcuts to use for the covering. As I progressed I toyed with several ideas for what would separate the two halves, junk, small characters ,bar and each one was either a repeat of an idea I had previously done or wasn’t saying something. I had been playing with some rock and concrete and the idea occurred of using river pebbles and once I had sourced some this developed nicely. Still I hadn’t decided on what was the centre and the idea of the riverbank and grass and insects occurred and this is the end result.