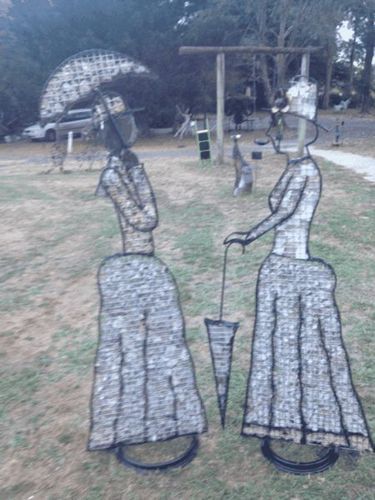 I went to see an exhibition at The NGV entitled the Neo Impressionists and they had some nice work by Signac, Seurat and others. I did like the form of one of Seurat’s girls and I thought the use of rock would give a similar dotty effect( no colour though) I had planned to do two different girls ( suggested by two different paintings) having a conversation and of course with two they can actually interact and create new forms every time you move them.