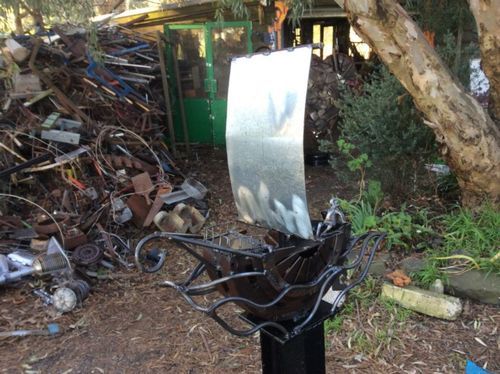 One of my friends dropped off some “junk” and amongst it was a really solid clutch plate. A lovely shape in itself I had thought to make it the centre of an abstract piece but the idea came to me one night of it cut in half and joined back together. When I was a student at college we had a guy from Canada out who di this with wood turning so here it is all these years later coming out again in this form .I was going to have oars too but the idea of slaves below decks did not seem at one with the idea of sailing away so its just a whimsical yacht.