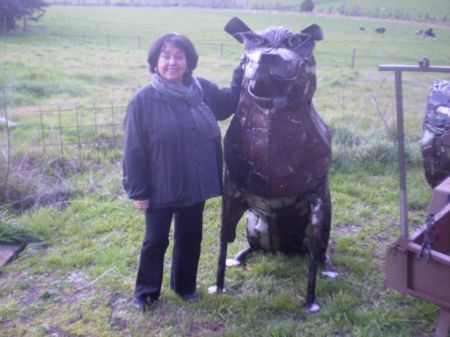 A friend asked me to make a big dog looking angry. I put it off for a fair while as I knew how much work it would be but when we chose the title of this exhibition I knew it would be an exciting piece to be a part of the show. It certainly was a lot of work and to a degree it is a step along from the other animal heads I have done in the past. When we were in China there were lots of lion statues that had been modeled from their native dogs . This one is sort of like them except he does not have a paw raised but he does have a similar sense of solidity and presence.