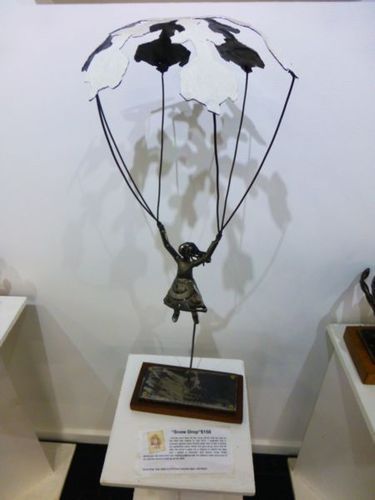 I did the snow flake for the “snow Show” that we held at the Red tree Gallery in July 2015. I originally had it pressed against some frosted glass and it was a simple but pedestrian piece. When the glue let go and it fell off after the show it gave me a chance to rethink the idea and I added a character and hence “snow Drop” developed. My friend Bart was making patterns with the plasma cutter and some of his rejected pieces ended up as the skirt!.