Surfing The Big One 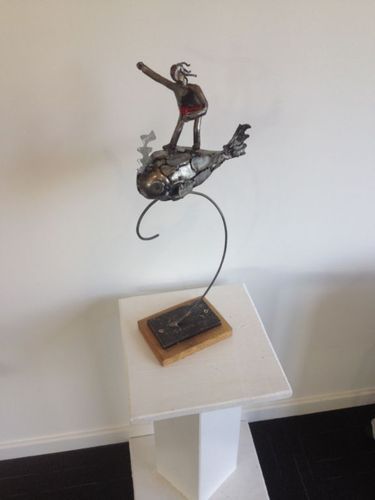 I was going to make a bird form and then I remembered a bird made with spoons and forks and knives and I started to look at how such a thing could be done…as I added two spoons to the front it suggested a fish and as I had a lot of pieces cut from dragonfly wings it suggested scales instantaneously. As I played with the fish I remembered a piece I made with a surfer and the idea developed. Man seems to have had a very long relation with fish ( Jonah) and whale hunters using killer-whales as kelpies!  Anyway this piece developed and the title suggested itself!