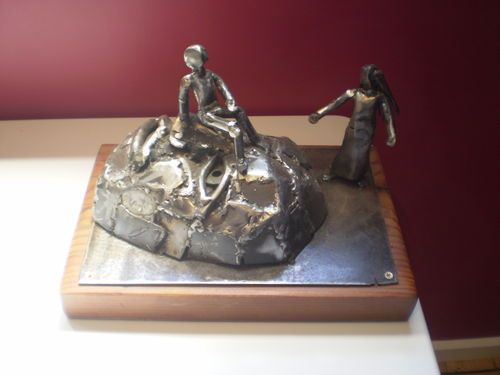 We nearly all have had the situation where we have been thinking of some one all the time yet we are going out with someone else. I thought of this when I made this large face.
This piece uses a giant face as landscape and has the two characters obviously discussing something. Greg Follett used faces in the landscape as part of some early work I had seen and Helen Timbury was working on a linocut of the elephant in the room. Both of these influenced me and I really like the background being made up of a person. The story has lots of possibilities.
I eventually broke this piece up and recycled the face as part of the raft of the imagination