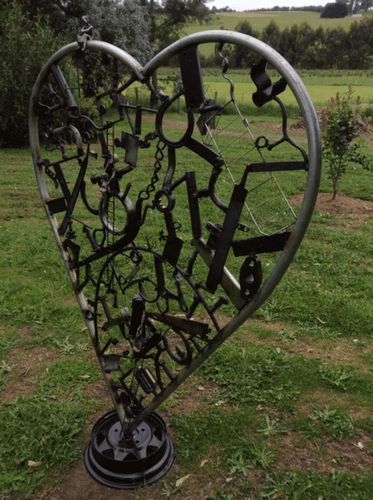 I have done a number of romantic themes and I had the idea of this one sort of out of the blue. I wanted to do another heart shaped piece and I had the idea of the girl on the top but initially I couldn’t think what she was doing or what it all meant. I like using ladders in things and I think the idea of characters scaling the heights to get to her sort of appealed. The suitors( funny word) are supposedly pressing their claims to marry this fair girl but as yet she hasn’t made her mind up.This piece went to the sculpture in the vineyards show at Lucinda winery ( leongatha) and sold there (2015).