Though We Are But 1/2 A World Away 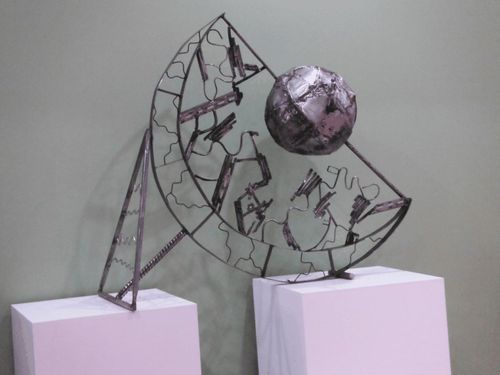 This piece was done for the 10th art workshop in Thailand.It was made with the cooperation of a number of students from the Poh Chang academy. Rajamangala University in Bankok. Part of what was created was roughly sketched beforehand but modifications were made as it became clear what was available to work with. I wanted to show two people though separated by a big world could have a similar outlook. The structure to hold the globe was like the cradle of a sextant or one of those old globe of the world holders from the 17th century. There are forms of chaos in the curve showing we exist in a chaotic state and the curves also suggest waves which separate us.