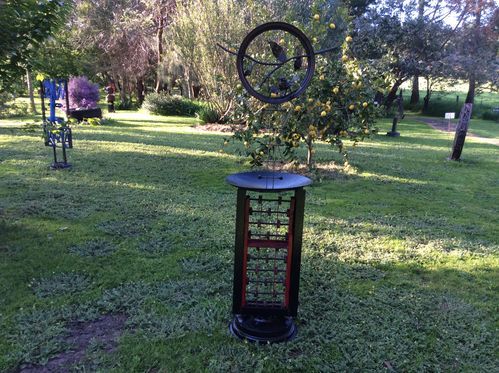 I had a sculpture called Grist to the mill. I made it to show off the hand mower cylinder as a part of its structure, but after a few years , and no comments I decided to recycle the whole sculpture, The base became a birdbath and I made a new  structure above it. It sold fairly quickly and I decided to do something similar with the top structure. This became the bottom structure and I filed it in with other material. I made a new bowl and again a new top part. The aim being that birds would enjoy the birdbath aspect and it would be sculpture, birdbath.