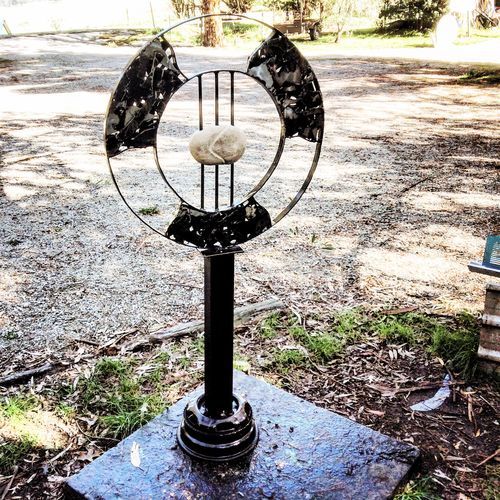 I had bought a small pile of limestone and was a bit hesitant about using it.. fear of the unknown really.  Anyway I had an idea of a rock suspended at the centre of a circular form and it mostly developed from there. The pattern is from the randomness of using plasma cut offcuts but the fact that three is represented in the piece is what has given it its name. I do like the simplicity of the composition and although lots of symbolism can be read into the form that was not the original plan.

The limestone was delightful to use and it is the first of several pieces using this medium.