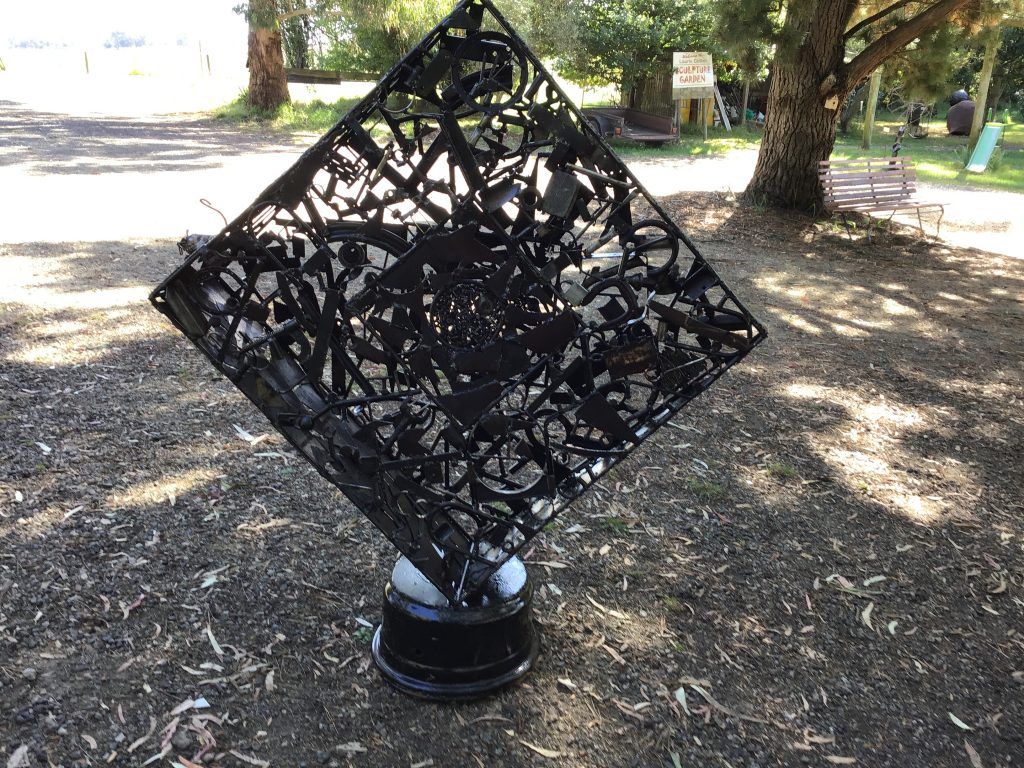 I wanted to create a piece using a variety of material, offcuts and junk and it originally was going to be a big block . It appeared too static so I tipped the block on the point and again decided a block was no good so it developed into a wedge form. This was much better but serendipity played a part as I was making a mouse for a friend and I decided to make two mice and of course a wedge sort of suggests a wedge of cheese so the mouse was added to the block and provided a nice point of interest and clarity.