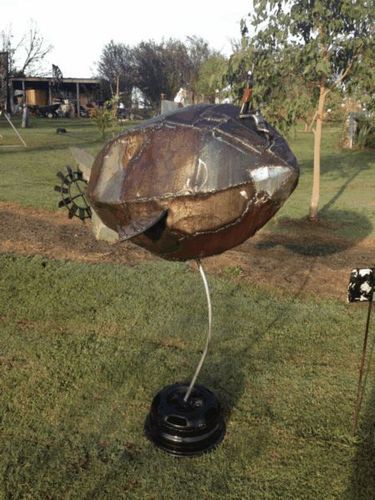 The title is a bit sort of obvious and I did think of other titles but it is such a cool word I had to use it..This started off heading to be a seedpod wit people emerging from it( but I had done something similar in the past) and as the shape developed it just called for a more fun interpretation..There was a windmill sitting nearby in the shed and it suggested a propeller and the rest went from there. I am a bit fascinated by flight and also the scale of then original Zeppelins was so gigantic…I sort of think this scale would be nicer.. and more “human”…This battered Zeppelin is the sort of Zeppelin I would make and drive!